Literature / The Folk of the Air 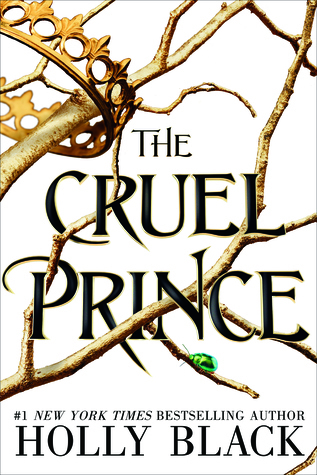 "If I cannot be better than them, I will become so much worse."
"What could I become if I stopped worrying about death, about pain, about anything? If I stopped trying to belong? Instead of being afraid, I could become something to fear."
— Jude Duarte
Advertisement:

The Folk of the Air is a YA fantasy trilogy by Holly Black and set in the same universe as Modern Faerie Tales. The books in the trilogy are The Cruel Prince, The Wicked King, and The Queen of Nothing.

Jude and her twin Taryn are ordinary human girls whose life is forever altered when their parents are murdered by their mother's first husband. The faerie who killed their parents in order to have revenge and reclaim his heir, their older sister, takes responsibility for the children he orphaned, taking Jude and her sister back with him to Elfhame.

Growing up a human in the world of faeries, Jude has lived her life as an underdog who keeps her head down to avoid it being chopped off, and is sick of living in fear. In particular, she is sick of being the punching bag of the local bully, Prince Cardan, the cruel youngest son of the soon-to-abdicate king, who singles out her in particular when looking for someone to put down.

She aims to turn her life around by securing whatever power she can, and in doing so throws herself into the heart of a battle for control over the future of the crown.

In November 2020, How the King of Elfhame Learned to Hate Stories, a Cardan-centric novella was released. Part sequel, part prequel the novella centers around Cardan, exploring aspects of his past and bearing a small snipit of Cardan and Jude after The Queen of Nothing when Bryern summons Jude to the mortal realm for a job.

In June 2022 Holly Black announced a new duology staring Oak and Queen Suren of the Court of Teeth. The first book, The Stolen Heir, is set to be released January 3rd, 2023.