Film / The Secret of Roan Inish 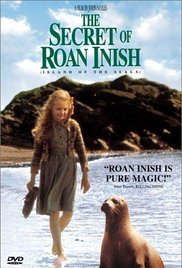 Fiona with a seal. Or is it a Selkie?
Advertisement:

A 1994 fantasy film written and directed by John Sayles, adapted from the novel Child of the Western Isles by Rosalie K. Fry.

Shortly after World War 2, a girl named Fiona (Jeni Courtney) goes to live with her grandparents in an Irish fishing village. While there, Fiona pieces together the story of how her family evacuated the nearby island of Roan Inish not so long ago, how her baby brother went missing, and how one of their ancestors married a selkie. When Fiona sees her brother near the shores of Roan Inish, she must find a way to get him back.

The Secret of Roan Inish provides examples of: