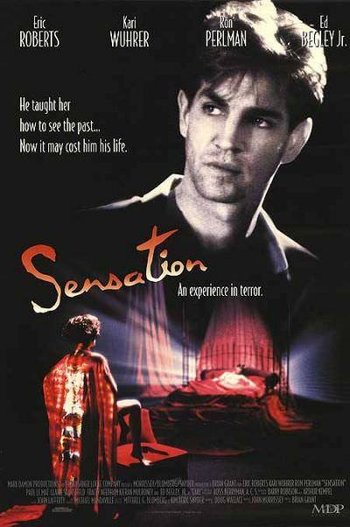 Lila Reed (Kari Wührer) is a college art student with a talent for Psychometry, the ability to sense the past history of objects. When Lila responds to an advert placed by Dr Ian Burton (Eric Roberts), he takes an immediate interest in her gift. Ian's motives initially seem benign, until he asks Lila to study objects that belonged to Carrie Reiner, a young student who was brutally strangled the previous year. Ian was the prime suspect in the killing, but had a strong alibi from his fellow teacher Paula Langford (Claire Stansfield

), who claimed they were together the night Carrie was murdered.

Despite warnings from her best friend Maryann (Tracey Needham) Lila falls for Ian's charms and becomes obsessed with solving the mystery, even changing her appearance to resemble Carrie and moving into dead girl's former apartment. But Detective Pantella (Ron Perlman) is convinced Ian is responsible for Carrie's death, and that Lila may suffer the same fate.