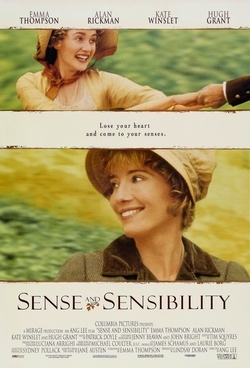 The story begins with Mr. Dashwood, on his deathbed, entreating his son to "take care of" his second wife and three daughters. John most sincerely promises to do so, and then in the space of one carriage ride, is convinced by his wife Fanny that the degree of caretaking mustn't mean any kind of monetary settlement or annuity. Then they take over Norland estate, forcing Mrs. Dashwood and the three daughters — levelheaded Elinor, romantic Marianne, and thirteen-year-old Margaret — to be visitors in their own home, and unwelcome ones at that.

When Fanny invites her brother Edward Ferrars to visit, he and Elinor quickly become close, but marriage to a poor woman is not in his family's plans. An invitation from Mrs. Dashwood's cousin, Sir John Middleton, has them move to Barton Cottage and begin their life under reduced circumstances. Also in the neighborhood are Colonel Brandon, an honorable middle-aged man with a tragic past, and John Willoughby, a dashing young gentleman who makes himself interesting to Marianne by rescuing her in a rainstorm.

The film is largely faithful to Austen's novel, but expanded certain characters and drew attention to the differences in societal expectations and gender roles that have arisen between 1811 and modern times. It won Emma Thompson the 1995 Academy Award for Best Adapted Screenplay.