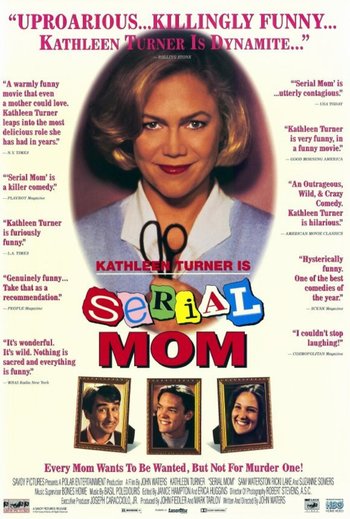 Serial Mom is a 1994 American satirical Black Comedy film written and directed by John Waters. The film centers around Beverly Sutphin, a stay-at-home housewife from Baltimore who appears a sweet matriarch, but in reality is a Serial Killer who murders anyone who offends her values. The case turns into a media frenzy and Beverly becomes the object of attention by heading into trial. Hilarity Ensues.

The films stars Kathleen Turner as Beverly, Sam Waterston as her husband Eugene, Ricki Lake as her daughter Misty, and Matthew Lillard as her son Chip.