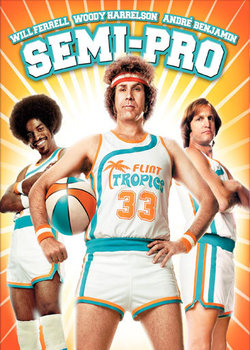 A 2008 sports-comedy, starring Will Ferrell, Woody Harrelson, and André Benjamin.

Jackie Moon, a One-Hit Wonder singer during the mid 1970s, is the owner/coach/player of the ABA's floundering Flint Tropics. Further problems arise, when the NBA and ABA announce a merger. The NBA want four teams from the ABA and the Tropics is not among them. With his team in danger of being dissolved, Jackie embarks on a publicity spree, to get into the playoffs, and save the Tropics.

Tropes featured in this film.