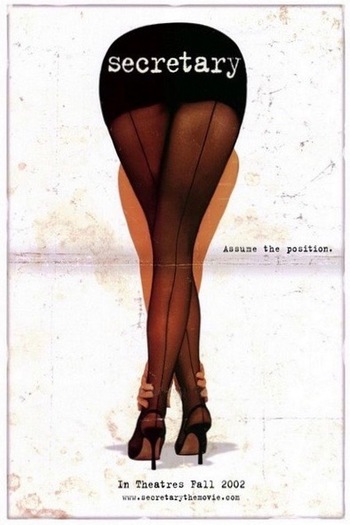 It is a story about Lee (Maggie Gyllenhaal), an emotionally unstable woman who starts the film having been released from a psychiatric hospital, where she was put after an incident of self-harm went too far. She finds a job as a typist under E. Edward Grey (James Spader), a demanding lawyer. After some time, the two develop a sadomasochistic relationship, and are forced to deal with the personal and professional consequences.

Based on a short story by Mary Gaitskill, who is known for stories centered on emotionally damaged women and deviant sexuality. Also notable for some unusual choices in direction, particularly with regards to soundtrack; the development of the relationship between the main characters is marked by the length and quality of the silence between them.