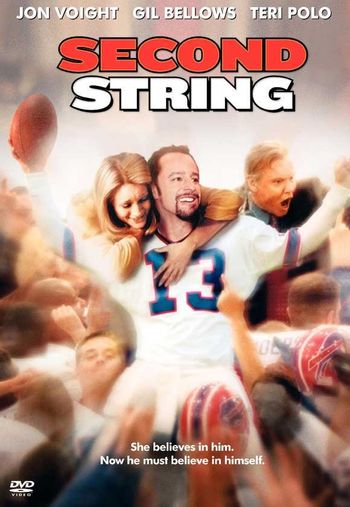 "She believes in him. Now he must believe in himself."
—Tagline from the DVD cover
Advertisement:

Second String is a 2002 Made-for-TV Movie with licensed use of National Football League franchises, logos and even the Super Bowl. It stars Jon Voight as coach Chuck Dichter, who has assembled a Super Bowl-calibre Buffalo Bills team, and Gil Bellows as Dan Heller, a former NFL starting quarterback turned insurance salesman picked up off waivers for the practice squad.