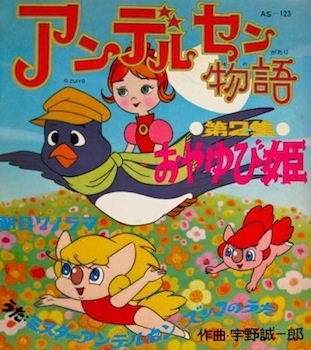 An Anime series from The '70s adapting the various fairy tales of Hans Christian Andersen, hosted by two pixies, Candy and Sukko. It was produced by Mushi Productions, who Western viewers might recognize for their work with Rankin/Bass (who, ironically, liked to adapt Andersen's material as well).