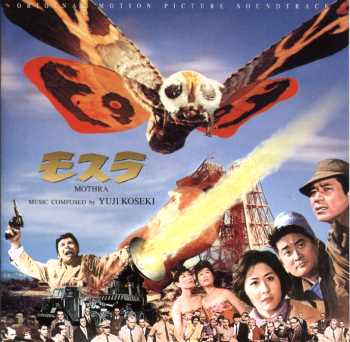 Mothra is a giant moth monster, who later became a common recurring character in Godzilla's films. Created when the Kaiju genre was still in its infancy, the 1961 Mothra wasn't dark and full of horror. In contrast, the film was colorful and had an air of fantasy about it. There's an influence of Western Christianity as well. Instead of ending with her death, Mothra achieves her mission and leaves on good terms. The actual villain is a greedy capitalist and tomb raider from the American and Russian stand-in, Rolisica.

The four survivors of a shipwreck are discovered to have been unaffected by the radiation on Infant Island due to the berries offered by the island natives. When this story breaks, Japan and the European country of Rolisica co-sponsor a scientific expedition to Infant Island. They encounter the natives and two tiny women called the Shobijin, who plead for the halt of atomic testing near the island. The crew acknowledges this, and returns home sworn to secrecy. But the greedy Rolisican Clark Nelson secretly returns to kidnap the Shobijin and exploit their singing abilities for profit. Our heroes manage to contact them, and they are confident their goddess Mothra will save them, but fear that innocents will get hurt. The Shobijin can't be rescued through legal channels and their connection to Mothra is ignored as she lays destruction upon Japan...

She is one of the most popular kaiju of all time. Whenever Godzilla is waning, Mothra is one of the classic monsters brought out to give a box office boost. She has been so popular that a Spear Counterpart was featured in a trilogy in the late 1990s, called Rebirth of Mothra.