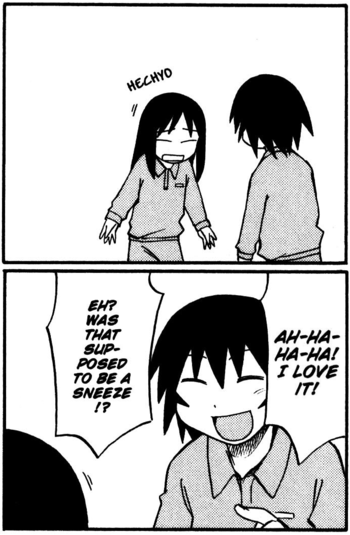 This trope is about sneezes that are clearly intended to be seen as cute, either In-Universe or by the audience. Characters who do this are often cute themselves. If they are not, it can be embarrassing, especially for a character who often tries to act manly or mature. Could be considered the opposite of Sneeze of Doom in that those are usually loud and occur at inconvenient times, and thus get negative reactions.

Panda, despite wanting to deny it, sneezes in a cute manner.

Panda, despite wanting to deny it, sneezes in a cute manner.