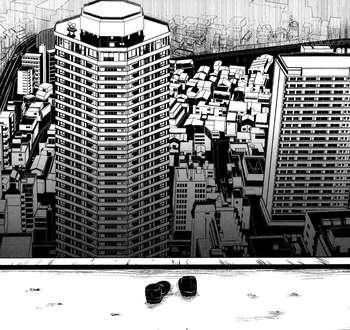 As a result of this Truth in Television, abandoned pairs of shoes in Japanese media have become symbolic of suicides. Despite this it seems to pop up in non-Japanese media a lot. This is due to a common psychological effect. Suicidal people tend to plan the act meticulously and leave all their valuables and belongings behind before taking their life.