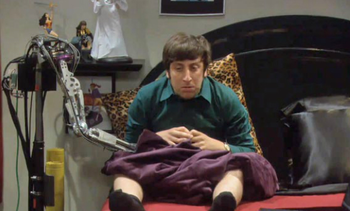 See also Man, I Feel Like a Woman, another trope where a man's first instinct on changing his body is to set up A Date with Rosie Palms.