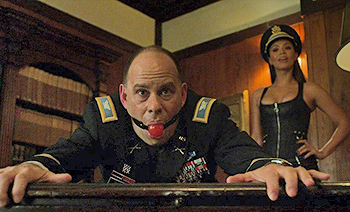 "I don't want to hear another sound out of you, not a moan, not a grunt, nothing. But if you can be good, I might just have a little treat for you."
Luke Skywalker: He kept calling me "Skywalker". Because I don't have a title — I'm not a senator, I'm not a general any longer, I'm not an ambassador. He used the word like an insult.
Mara Jade Skywalker: He could have called you "Master". Like I do sometimes.
Luke: I don't think it would be the same as when you do it.
Mara: It better not be... Skywalker.
— Two married Jedi Masters, Star Wars: The New Jedi Order — Destiny's Way
Advertisement: