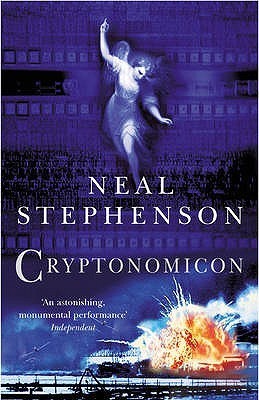 Published in 1999, Cryptonomicon is a 1,000+ page Sci-Fi/Historical novel by Neal Stephenson following three independent yet interrelated story arcs, two of which are set during the Second World War and the third during the first years of the twenty-first century. Although it deals with some pretty deep, philosophical themes, the novel itself never comes off as dry or preachy, largely due to Stephenson's unique style of narration. Equal parts profound and profane, Cryptonomicon tells the story of multiple generations within the Waterhouse and Shaftoe families, as well as their attempts to unravel the secrets of a vast conspiracy affecting history and society.

The novel was the first installment set in a shared universe used by several of Stephenson's later works, including The Baroque Cycle, REAMDE and Fall, or Dodge in Hell, which feature ancestors or descendants of the main characters.