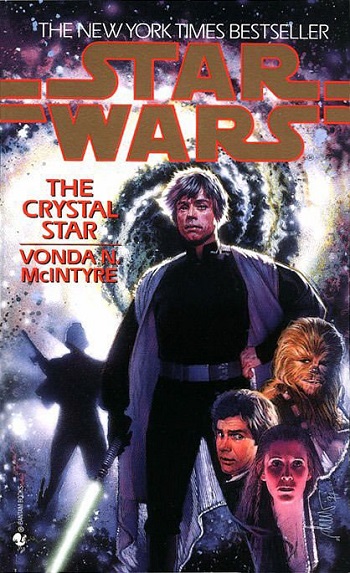 The Crystal Star is an oddity in Star Wars Legends. Released in The '90s during the indecisive seeming period before the release of The Phantom Menace, this book was the work of science-fiction author Vonda N. McIntyre. She had previously written a number of books set in the Star Trek Expanded Universe, and the influence certainly shows.
Advertisement:

In a Star Wars galaxy now populated by centaurs, "wyrwulfs" and strange creatures from other universes, The Crystal Star involves Luke and Han investigating a bizarre cult while Leia searches for her and Han's kidnapped children. There's also something about anti-Force, Han's ex-girlfriend and Imperial revivalists.