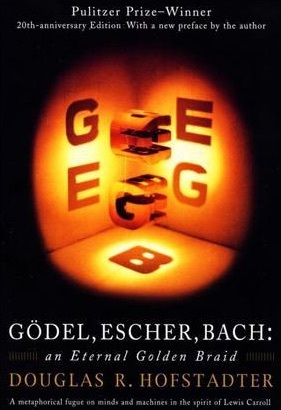 Gödel, Escher, Bach: An Eternal Golden Braid by Douglas Hofstadter is an intricate and complex study of Strange Loops, Meta-Concepts in general and their connection to self-awareness and intelligence. Each chapter is separated from the next by a short fictional piece in the style of Lewis Carroll, which exemplifies the theme of the following chapter. The drawings of M. C. Escher and the Surrealist paintings of René Magritte are used as illustrations.

Mathematical, logical and computer-science concepts discussed in this book include:

The Dialogues contain examples of: