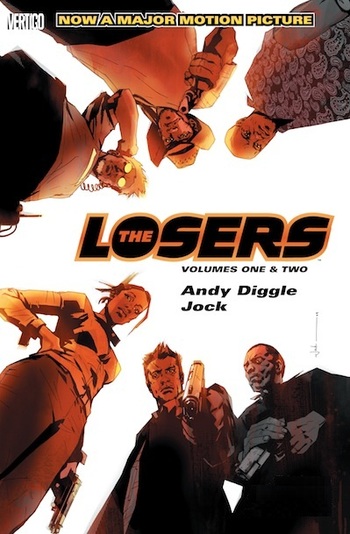 The Losers are about to shoot you. Don't worry, you probably deserved it.
Pooch: You're talking about declarin' war on the Central Intelligence Agency.
Cougar: They started it.
Advertisement: