Guns Do Not Work That Way 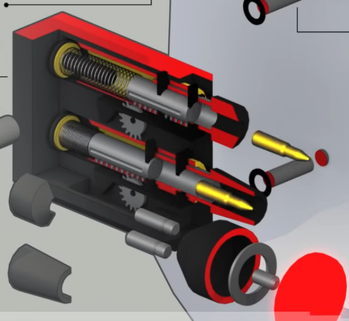 Why are those bullets still inside the cartridges? ...Wait, are those springs firing them?!note Yes it is, because that means you get 65% more bullet per bullet

on the Call of Duty: Modern Warfare 3 page

Guns and/or ammo, as depicted by fiction. Being among the most commonly employed weapons nowadays, they feature prominently in fiction - and often behave in ways that Real Life firearms/ammunition doesn't behave. This can be either due to authors not knowing how they actually behave, or because the story would not work with realistic behaviour.

Tropes that fall into this category: