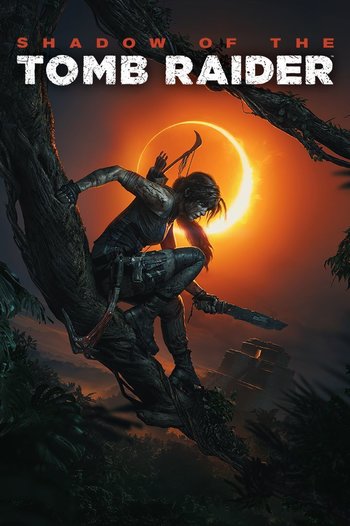 Be the Tomb Raider.
Advertisement:

The game was developed by Eidos-Montréal, published by Square Enix, and released on Windows, PlayStation 4 and Xbox One on September 14, 2018. On 20th November, it was announced that the game was set to have a MacOS and Linux port release sometime in 2019, once again ported by Feral Interactive, who have also ported the other two games in the trilogy in the past to these platforms. This came to pass when the game got a "Definitive Edition" on November 5th, 2019, which included the ports for MacOS and Linux.

UNMARKED SPOILERS for Tomb Raider (2013) and Rise of the Tomb Raider ahead! Continue reading at your own risk!