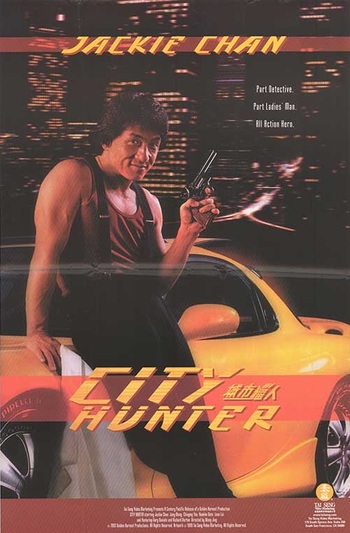 To most audiences it's best known for the scene where Ryo gets knocked into an arcade machine and begins seeing himself as various Street Fighter II characters (up to and including Chun-Li), and his opponent as Ken. That very scene will inspire Wong Jing’s next movie, also released in 1993, Future Cops.

This film adaptation includes examples of: