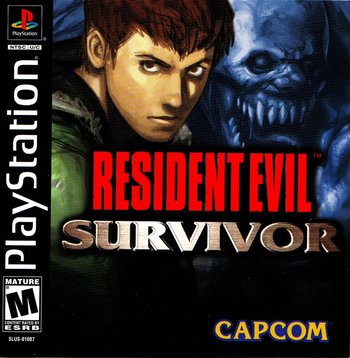 A spinoff brand of the Resident Evil franchise, Gun Survivor is a series of light gun games produced by Capcom between 2000 and 2003. Unlike traditional gun shooters, which are usually on-rail shooters as well, the Gun Survivor titles allows the player to explore the game's environment freely, making them much closer to first person shooters.

A total of four entries in the Gun Survivor series were released:

Due to the fact that Dead Aim supported Namco's GunCon light gun, Bruce and Fong Ling from Dead Aim both appear in Namco x Capcom as representatives of the Resident Evil franchise.note They still qualify for Unexpected Character.