Pregnancy Does Not Work That Way 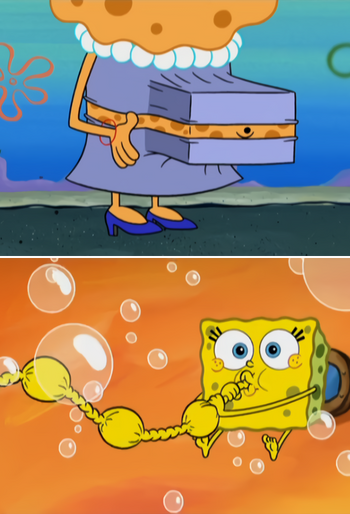 Pregnancy and/or birth, as depicted by fiction. After all being the way babies form, they've oughta be featured prominently in fiction — and often behave in ways that the Real Life biology of this sort of stuff doesn't behave. This is almost always done on purpose; after all, it doesn't take a rocket scientist to know how the formation of a baby works.

A sub-index of Artistic License – Biology, Pregnancy Tropes, and Birth Tropes. Overlaps with An Eggcellent Index for animals that lay eggs.