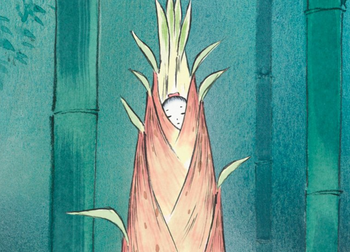 Beings with Bizarre Alien Biology, or magical beings, don't have to be created through typical processes.

This trope is when beings come out of plants. It's a form of magical, non-sexual birth, in a similar vein to Delivery Stork.

The idea may come from the fact that in nature, fruit is born from flowers, so this trope basically applies this concept to sentient beings.

Compare Plant Person, who may or may not be born from a plant, but does show plant-like characteristics, and Grows on Trees, which is for things that grow on trees, specifically.

This may also be how a Wonder Child is created.