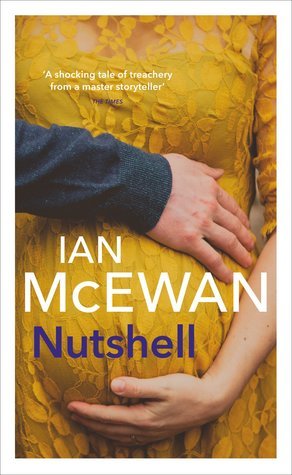 Nutshell is the fourteenth novel written by Ian McEwan.

A young woman is in love. The problem? She's married to someone else, but doesn't love him in the slightest. She basically lives with her lover, and they ravish each other in ways she would never wish to do with her husband. When he visits with a young woman he announces as a new love, however, only one thought enters her mind: kill him.

The catch of the book? It's narrated from the perspective of the unborn child in the woman's womb.