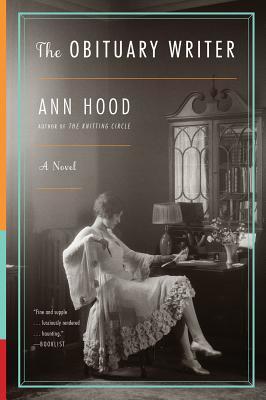 The Obituary Writer is a 2013 novel by Ann Hood that follows the lives of two women with an adulterous history. In the early 1960s, Claire Fontaine is trying her best to be a devoted housewife and mother, but enters an affair with another man in the days before John F. Kennedy’s inauguration. And in 1919, Vivien Lowe, a talented obituary writer beloved for her ability to make the dead seem alive again, begins her search for her former lover, whom she desperately wants to believe did not perish during the Great San Francisco Earthquake. These two plotlines reflect off one another, carrying similar themes of loss, love, and coming to terms with their lives.

Tropes Present in the Novel