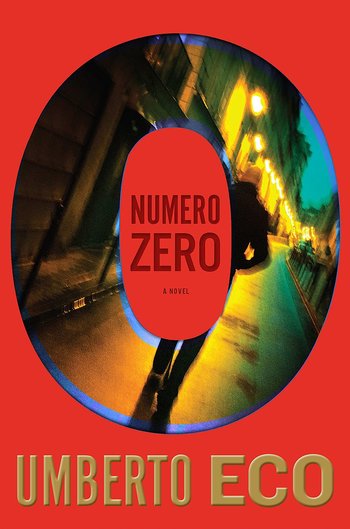 Numero Zero is the seventh, and the final, novel by Umberto Eco, released in 2015. It tells the story of pseudo-investigative journalism in the late 1980s-early 1990s. The main character, a hack journalist named Colonna, is hired to write for a nonexistent newspaper that will be used to put pressure on high-level businessmen and politicians. One of his colleagues, Braggadocio, turns out to be a conspiracy theorist; he tells the main character a bizarre theory regarding Mussolini's death, CIA, the Propaganda Due lodge, and right- and left-wing terrorism during the Italian Years of Lead. Then some bizarre events start happening, and Colonna begins to wonder whether Braggadocio's story is actually true...