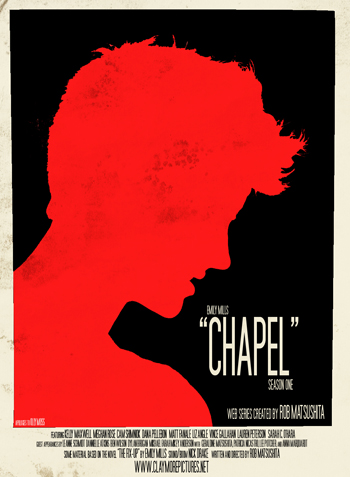 Chapel is a monthly web series about a female Wisconsin drug dealer with terrible luck. Ashley Banks (no, not that one) gets out of prison, and becomes a drug dealer, going by the name "Chapel."

Not to be confused with Mr. Chapel, Chapel The Evergreen, or Chapel Smith. Although Word of God says she was named after Nurse Chapel.

This web series is produced by Chad Vader alum Rob Matsushita and Iver Pictures (formerly Claymore Pictures), and can be found here

or on their official homepage

Chapel finished its first season in 2010, and has just started the second season.