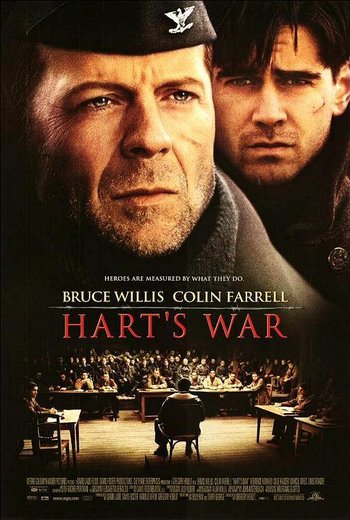 Lt. Hart (Farrell) is captured in the beginning of the Battle of the Bulge and sent to a P.O.W. Camp. An escape attempt is hatching, and a prisoner is murdered to cover it up, so it's up to Hart to conduct the court martial.