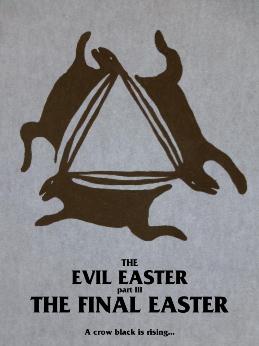 Evil Easter 3: The Final Easter is the final installment in a series of weird slasher-spoofs. Unlike the first part, this segment is neither a fake-trailer or about a killer rabbit but about pagan Nazis that are vampires and werewolves trying to summon a goddess. A catholic priest and a trio that hunts nazis for fun tries to stop them. Somehow Charles Manson is involved.

Started as a fake trailer but mutated into a an entire film.