Film / The Lords of Salem 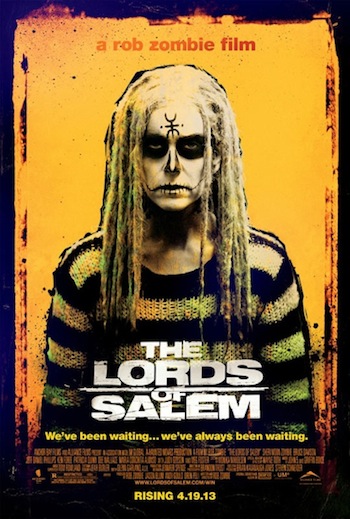 Heidi, a DJ at a local radio station, receives a mysterious package containing a record from a band calling themselves "The Lords of Salem." When played on the air it seems to have a strange drug-like effect on Heidi and some of the town's female inhabitants. Pretty soon Heidi starts having visions and nightmares involving the Devil and strange figures from the Salem Witch Trials. Over time the record's popularity rises, but Heidi's visions get worse and become too much to bear...

The Tropes of Salem: