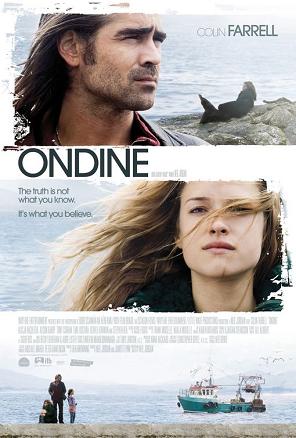 Ondine is a 2009 Irish romantic drama film starring Colin Farrell, Alicja Bachleda, Alison Barry and Stephen Rea. It is the first film to be both written and directed by Neil Jordan since The Crying Game.

The film is set in the West of Ireland. Farrell plays a fisherman called Syracuse who catches a woman in his net one day. The woman is mysterious and wishes not to be seen by people. Syracuse's daughter Annie suspects she is a selkie.