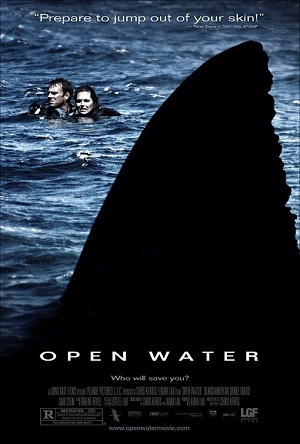 Open Water is a 2003 indie drama/thriller hybrid written and directed by Chris Kentis, starring Daniel Travis and Blanchard Ryan as a thirtysomething couple who find themselves stranded at sea when coming back from a scuba dive and realizing their boat has left without them. Based on the true story

of a married couple who were lost at sea under the same circumstances.

There is a sequel, made in 2006, called Adrift. It was not initially intended to be a sequel, but the similar premise gave them the idea that changing the title would be more marketable.