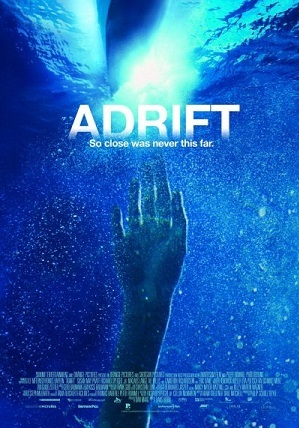 Adrift is a 2006 indie drama/thriller about a group of friends who go on a boating holiday, only to find themselves trapped in the ocean next to their yacht, unable to climb back aboard as they forgot to put the boarding ladder down. They spend their time alternating between bickering and trying to look for a solution before they all drown.

Due to its similar plot to the movie Open Water, the film was marketed under the title Open Water 2: Adrift in some countries, although the productions are not related. The movie was later on remade in 2016 in Portuguese under the name Perdidos.

Also not to be confused with the 2018 film of the same name. Or with the 2016's space-based exploration game Adr1ft.