Film / The Brave One 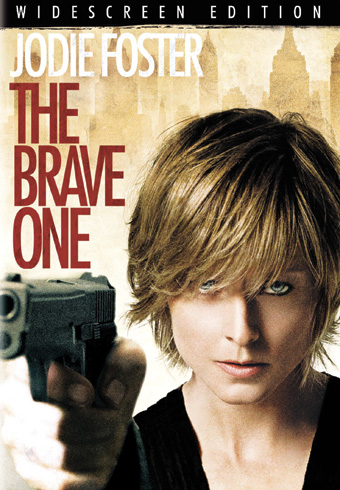 "I'm Erica Bain. And as you know, I walk the city."
Advertisement:

Erica Bain (Jodie Foster) is a confident, content, reasonably left-wing radio host, madly in love with the city of New York and her fiancée David (Naveen Andrews). Sadly, he is killed and she is beaten within an inch of her life by a gang of thugs in Central Park one night. Emotionally shattered and incapable of feeling safe in the city she once adored, Erica buys a gun and attempts to move on. Fate has other plans, however, as she begins to encounter situation after situation that leave her with no choice but to blow somebody away. As the reputation of the mysterious vigilante begins to rise, Erica is torn between genuine disgust at her reluctant actions and the savage pleasure of dealing out first-hand justice to the blatantly deserving.

The Brave One provides examples of: