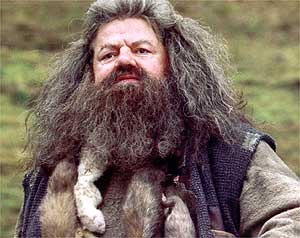 It eats combs for breakfast.
"You have such sensible hair."
— Neil Gaiman to Matt Smith, Doctor Who Confidential
Advertisement:

Characters have unkempt, shaggy, or unusually long hair, and often beards — usually dark, though it may have gray in it — to show that they are close to nature, possibly the Nature Hero. Often occurs for the Mountain Man. Indicates that the character can handle himself in a wilderness, and such skills as tracking. On the other hand, he is often Not Good with People. Poor social skills aside, a character sprouting this hairdo tends to be good. Chaotic Good, but heroic nonetheless.

Part of this is that keeping your hair neat and short is a lot easier in civilization than out of it. As a consequence, characters who have spent some time in the wild may come back looking like this (perhaps with a Time-Passage Beard as well), though generally not picking up the character traits. When the hair is long but neat, it's usually a Sailor's Ponytail, indicating merely distance from barbers. When the hair actively fights being made neater, it's Stubborn Hair.

Part of this is to show that they don't think like other people, or care what other people think — like Mad Scientist with his Einstein Hair, despite the otherwise completely different connotations.

In visual media, usually manages to be still quite attractive. The Jungle Princess, though, is more likely to have Rapunzel Hair, however improbably.