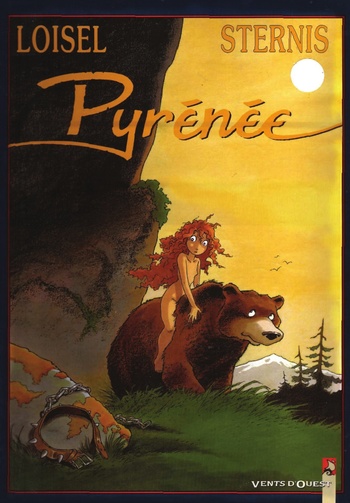 A Girl And Her Bear
Advertisement:

Pyrénée is a 1998 French graphic novel by Régis Loisel and Philippe Sternis. It is a French Gender Flipped re-telling of The Jungle Book.

When an earthquake destroys a small town in the French Pyrenees, a bear escapes from a nearby circus and finds a small girl whose mother died in the quake.

The bear takes the girl up into the mountains, where, with the help of a blind old eagle, he raises the girl as if she were his own child, naming her Pyrénée.

This graphic novel contains examples of: