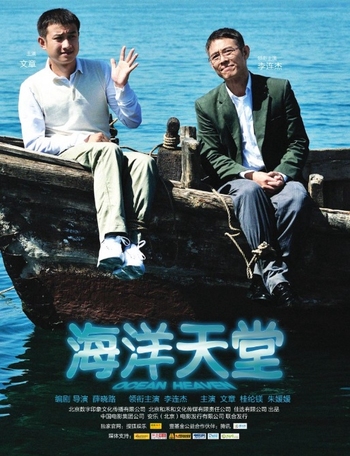 "Daddy may be gone, but daddy will always be watching you from the Ocean Heaven..."

Jet Li plays Wang Xuechang, a single father of a mentally-disabled adult son Da-Fu. For all their poverty, they share a close and loving bond, strongest expressed by their frequent trips to the local aquarium, where Xuechang works as a technician.

One day, Xuechange is diagnosed with a terminal and inoperable liver cancer. Faced with the awful finality of leaving a man-child who cannot look after himself in a cruel and uncaring world, this is a story of love between a father and his son in his final summer.