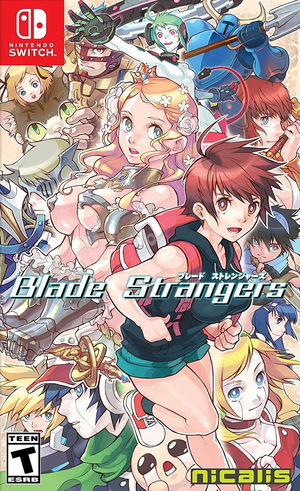 Blade Strangers is a crossover fighting game by Nicalis and Studio Saizensen for the Nintendo Switch, PlayStation 4, and PC via Steam. It is slated for release in August 28, 2018 Overseas+Steam, August 30th in Asia/Japan (console version), and September 4th for PS4 physical overseas.

As a malevolent entity known as Lina devours data from across all dimensions, the sentient computers that oversees these dimensions called "motes" summon heroes from across time and space for a tournament to determine who among them is the "Blade Stranger" destined to save the day.

A crossover Puzzle Game called Crystal Crisis was developed by Nicalis as a companion piece to this one.