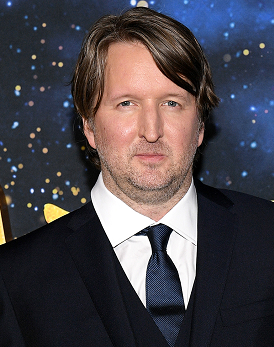 Thomas George "Tom" Hooper (born 1972) is a British-Australian director. He is known for directing a variety of lavish period pieces, starting from television miniseries like Love in a Cold Climate and Elizabeth I (2005) in the 2000s. In the late 2000s and the 2010s, he moved on to feature films like The King's Speech and The Danish Girl, including big-budget movie musicals: Les Misérables (2012) and Cats.

He has a rather distinctive shooting style that involves plenty of close-ups and unorthodox angles.

Not to be confused with actor Tom Hopper or director Tobe Hooper.

Works he has directed:

Tropes applying to his body of work: