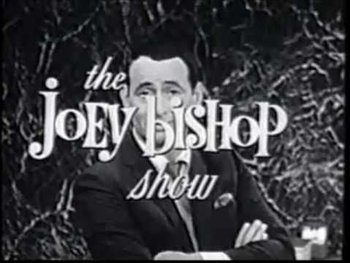 This sitcom, which aired on NBC from 1961 to 1964 and then on CBS in 1964–65, starred comedian and lesser-known Rat Pack member Joey Bishop as Joey Barnes, the host of a TV talk show originating in New York, and Abby Dalton as his wife Ellie. Each episode dealt with events in Joey's personal and professional life as a celebrity.

The Joey Bishop Show provides examples of the following tropes: