Not to be confused with Slovakia (which, confusingly, is called "Slovensko" in its own native language). The flag's slightly different (but only slightly) and it wasn't Warsaw Pact. Though it was Commie Land.

Slovenia (Slovene: Slovenija), officially known as The Republic of Slovenia (Slovene: Republika Slovenija), one of the former states of Yugoslavia, is a Central/Southern European country that arrived into the world of independent states in dramatic style after a ten-day war against the rest of Yugoslavia, when it declared independence on June 25, 1991, having held a referendum a few months earlier. After winning that, a low-intensity war with under 100 deaths, Slovenia was rapidly internationally recognized (though with some initial reluctance from both America and the European Union), escaped the rest of the horrors that would eventually tear the rest of Yugoslavia apart, and quietly got on with things.

Slovenia's national ethos in a nutshell is that its people might share blood and language with with the rest of Yugoslavian people, but their culture sets them apart, being more aligned towards Austria and Italy.

It rapidly became the prize-winner of the new European democracies, democratizing rapidly and becoming prosperous. It is the richest of all the post-Communist states in Europe.

In 2004, it joined NATO and The European Union. In the case of the 2004 EU entrants, only Cyprus was better off. Slovenia has since adopted the Euro as its currency.

Slovenia is a parliamentary democracy and a unitary state, with a lot of ecological diversity, with the Alps and Lake Bled being two examples. 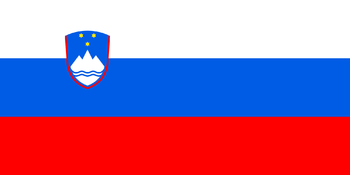 The flag's white, blue and red stripes are derived from the Pan-Slavic colors. At the canton is the national coat of arms.
Coat of arms of Slovenia 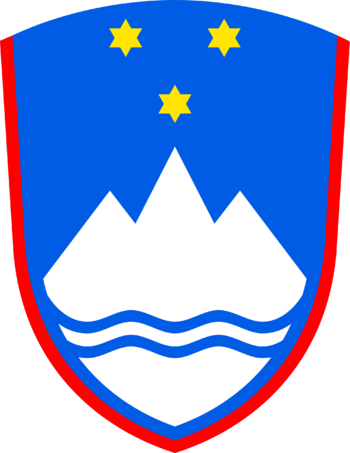 The coat of arms depicts an allegorical representation of Triglav

God's blessing on all nations
Who long and work for that bright day
When o'er earth's habitations
No war, no strife shall hold its sway
Who long to see
That all men free
No more shall foes, but neighbours be!
Government Miscellaneous