Animation / The Tragedy of Man 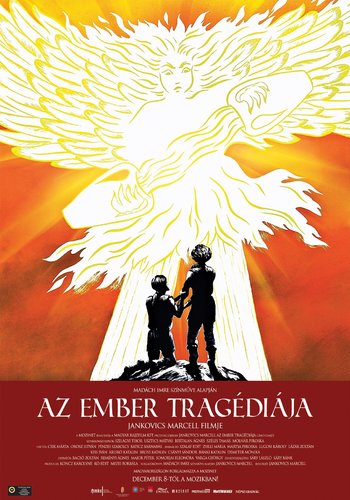 Az ember tragédiája is an animated epic by Hungarian director Marcell Jankovics, that had been in production for over two decades before he finally completed it in 2011. It is based on a (nearly impossible to perform) 1861 play of the same title by Imre Madách and follows Lucifer, Adam and Eve as they reincarnate in various eras, both historical and humanistic. Nearly 3 hours long, it consists of several segments, each with its own art style, appropriate to the depicted era:
Advertisement:

Needless to say, it's full of Mind Screw and Deranged Animation.

This animation provides examples of: (warning: spoilers ahead)