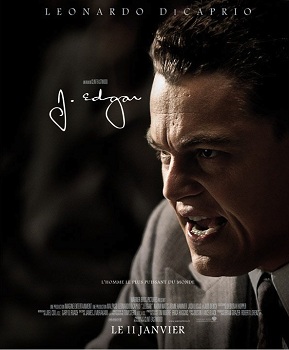 "Sometimes you need to bend the rules a little to keep our country safe."
—John Edgar Hoover
Advertisement:

A 2011 Biopic of the first and most infamous director of the FBI, John Edgar Hoover, directed by Clint Eastwood and starring Leonardo DiCaprio. Told in a memoir-style narration, the narrative hops backwards and forwards in time from Hoover's time as a minor lawyer in the Department of Justice to the end of his life. It addresses such topics as the growth of power and influence of the FBI, the use and abuse of power, and the assorted scandals and rumors surrounding Hoover's life. The film initially received lukewarm critical reviews.