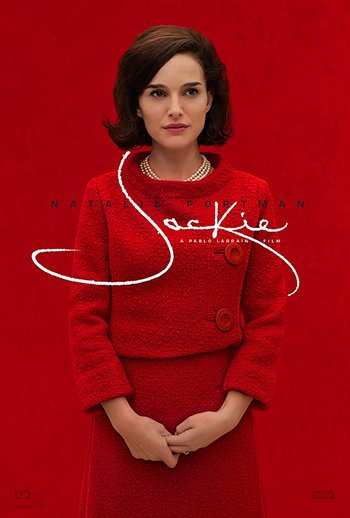 "I want them to see what they have done to Jack."
"I never wanted fame. I just became a Kennedy."
— Jackie Kennedy
Advertisement:

Jackie is a 2016 film directed by Pablo Larraín and produced by Darren Aronofsky.

It stars Natalie Portman as Jacqueline Kennedy, who's coping with the aftermath of her husband John F. Kennedy's 1963 assassination.

The film also features Peter Sarsgaard, Billy Crudup, Greta Gerwig and John Hurt, in his last film performance before his passing in 2017.