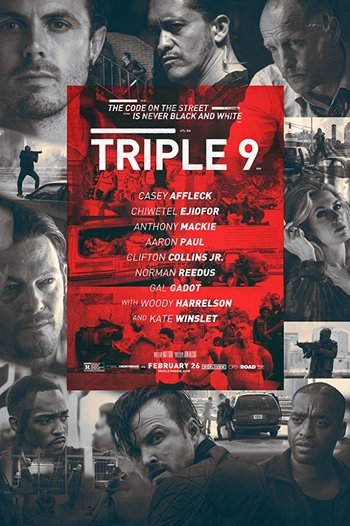 The code on the street is never black and white.
Advertisement:

A crew of criminals and corrupt cops in Atlanta are strong-armed by Irinia, the wife of a Russian-Jewish mob boss, into stealing data from a secure government building. The job is considered impossible, until one of the crew suggests killing a cop (a "999" in Atlanta Police radio code) to distract the rest of the force from the scene of the real crime. Marcus nominates his new partner, Chris Allen, to be the unsuspecting victim, but when Allen survives the attack, the entire plan is put at risk.