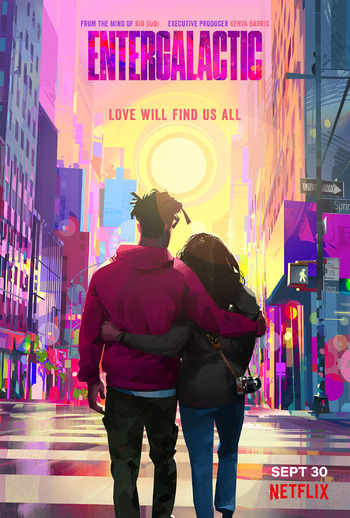 Cudi portrays Jabari, a young New York artist who’s life is upended when he falls for his new neighbor Meadow (Williams), an up-and-coming photographer. The story is told through a combination of Cudi’s music and Spider-Verse-style visuals. The special streamed on Netflix starting September 30, 2022, alongside its namesake album.

Jabari gapes upon meeting his new neighbor Meadow for the first time.

Example of:
Love at First Sight

Jabari gapes upon meeting his new neighbor Meadow for the first time.