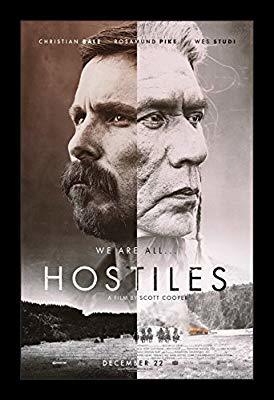 It tells the story of a legendary, hardened army captain named Joe Blocker (Christian Bale) tasked with escorting a dying Cheyenne war chief (Wes Studi) and his family back to their tribal lands in Montana. Along the way, they're joined by Rosalee (Rosamund Pike), a woman who lost her family in a devastating Comanche attack. Blocker is less than enthralled about taking care of a man who was responsible for the deaths of many of his own men in the past, but the harsh circumstances the party faces press them to join forces in order to survive the many challenges along the way.