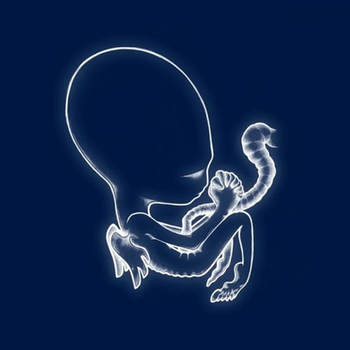 Ágætis byrjunnote pronounced "OW-guy-tis BEE-err-yun"; translates to A Good Beginning, derived from a friend of the band's reaction to hearing what would become the album's Title Track is the second studio album by Icelandic Post-Rock band Sigur Rós, released on 12 June 1999; it was released in the UK in 2000, and in the USA in 2001.

Diverging substantially in sound from their Troubled Production-plagued debut Von, this marked the first album by the group in which they figured out their signature style of post-rock by way of ethereal, ambient soundscapes, defined by the use of Jónsi Birgisson's cello-bowed guitar and a string octet.

All vocals on the album are in Icelandic, save for "Olsen Olsen" and the last section of the Title Track, which are in the gibberish language Vonlenska ("Hopelandic") that the band invented while producing Von.

It became the group's critical and commercial breakthrough, having reached a platinum status-earning 10,000 sales in their native Iceland and was certified gold in Britain.