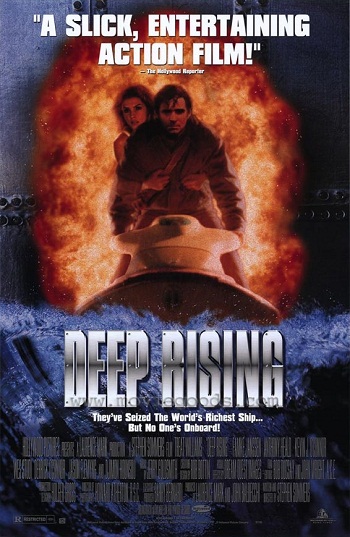 John Finnegan (Williams) is a for-hire boat captain who is contracted by a group of mercenaries led by Hanover (Wes Studi) to ferry them to a luxury cruise liner they intend to rob. However, when they arrive on board, they discover that something has killed all of the guests.

They eventually meet a pair of survivors — professional thief Trillian St. James (Janssen), the ship's captain, and Simon Canton (Anthony Heald), the ship's owner, who reveal that a malignant creature has infested the ship. What follows is a race against time as the mercenaries try to escape before the creature kills them all.